Saving Mr. Banks – and the Audience: The Cathartic Release of Motion Pictures (Review)

Recently, I had a chance to view a sneak preview of the upcoming Disney movie Saving Mr. Banks. In this film, the “Man Behind the Mouse” – Walt Disney himself (Tom Hanks) – fights to win the rights to make Mary Poppins into a movie musical. Standing in his way is Mrs. P.L. Travers (Emma Thompson), the very British author of the book being adapted into film. The story of Mary Poppins is extremely personal to her, and she fears that a movie adaptation will undermine the validity of her characters. Without saying anything more about the film, it’s already apparent that there is a huge flaw in the concept. The tension is implied by the idea that Walt isn’t sure if he can convince Mrs. Travers to sign over the rights of the film. However anyone that hasn’t lived under a rock for the last fifty years already knows that the film was made. It’s one of the most beloved films in the history of Disney’s live action movies. So, the ending of this film is rather predictable. No spoilers here – Mrs. Travers signs over the rights, and the film is made. So… should anyone bother buying a ticket to this film?

The short answer is yes.

Because while the main plot of the film is probably the most predictable in Disney history, the secondary plot provides a unique and fresh meta-exploration of the cathartic powers of storytelling that is worth the cost of admission alone. As Mrs. Travers debates whether or not she can accept the ideas for how Disney might adapt her beloved book, she flashes back to moments in her youth where she sees the slow, degenerating effect that alcoholism had on her father. We come to realize that Mary Poppins is a creative reimaging of what happened when she was a child. While the events of what unfolds are heartbreaking to her younger self, in her book Mary Poppins is able to sweep in and save the day. With her seemingly bottomless bag and her parrot-topped umbrella, she fixes the Banks’ household, including Mr. Banks himself who had lost his way in life thanks to his soul-sucking job at the bank.

As the flashbacks progress, Mrs. Travers experiences a form of catharsis, slowing forgiving the past (and her own role in it) as she learns to let go. Yet, despite her growth, she still can’t quite let go of her precious story because she doesn’t want to “disappoint him all over again” (meaning her father). In one of the best written monologues in recent film history, Walt promises that he will respect her father through the film adaptation and allow him to live again through the power of imagination. Cue a very loud sniff from the audience member sitting behind me.

And this is what I found to be the most interesting aspect of this film. As Mrs. Travers slowly experienced her catharsis, the audience experienced it too. Mrs. Travers is a hardened character, alone in the world, and even if she is a complete tyrant, her loneliness is something that most audience members can identify with. She wants to protect her writing, even if she has to die broke and alone to do it. This almost motherly concern also endears her to us, and for those of us that are writers, we can completely understand what it means to be protective over one’s creative work. Because we identify with her, we are able to go on her journey with her, slowing letting go of our own demons from the past as she lets go of her father’s alcoholism.

I often have conversations with my screenwriting students about the power of creating an identifiable protagonist, and I sometimes run into resistance. Many of my young-20s male students in particular are more interested in telling stories where something blows up or someone shoots up instead of wanting to write a story about a simple human experience. However, as Saving Mr. Banks shows us, this is the whole reason why people go to the movies to begin with. We want to live vicariously through the characters on the screen, and we can only do that if we can identify with the struggles that they are facing.

I had trouble getting emotionally invested in the 2010 hit film Inception for this very reason. While it was a fantastic idea and a well crafted screenplay, I didn’t get anything out of it. I didn’t care if the characters won or lost. I wanted to see them go further and further down the rabbit hole, but honestly, I didn’t care if they made it out alive or not. I couldn’t identify with Leonardo DiCaprio’s goal or with him as a person, so it was hard for me to do much more than just appreciate the plot. 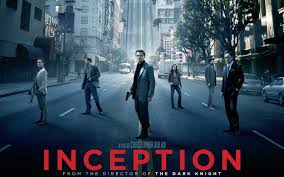 Conversely, however, as strange and unorganized as the plot of the film About Time (now in theaters) may be, I cared about every move that the characters made, no matter how small. In About Time, a young man played by Domhnall Gleeson (Bill Weasley in the Harry Potter series) is told by his father (Bill Nighy) that he can travel back and forth in time. He decides to make his life as perfect as it can be. He continuously time travels, correcting errors in his past. The story takes multiple twists and turns, so many that the people marketing the film decided to only focus on the young man’s romance with his future wife (Rachel McAdams) and not bother trying to explain the rest of the film. In terms of basic screenwriting structure, it’s a bit of a mess. However, the young man’s desire to make up for his underdog status in life is so universal that the audience doesn’t care. You strap on your seatbelt and just enjoy the ride. And when the young man encounters his most difficult decision of his life, our heart breaks for him and for ourselves. Many people in the theater spent the last half hour of the movie crying, not because the film was sad but because of an underlying wish that so many of us have that could finally be granted by witnessing this film (SPOILERS: the ability to go back in time and see someone that has passed away at least one more time). As a result, About Time shot to the top of my favorite films of all time list as soon as I saw it.

Saving Mr. Banks shines a light on this need for stories – and movies in particular – to give audiences a chance to experience an emotional catharsis. It’s the reason why one film succeeds where another fails. By creating identifiable characters that go through simple emotional experiences, we as an audience feel touched by their journey. More importantly, we feel like we have gone on the journey with them. We identified with the Avengers, not because they were superheroes, but because they were human beings with flaws. It’s through the power of imagination that filmmakers, such as Walt Disney, are able to give us experiences that we could never possibly have in real life. A well written film has the ability to give us joy, to give us excitement, to make us cry and even to change our lives.

It all started with a mouse…

Saving Mr. Banks releases in the UK on November 29th, in select theaters in the US on December 13th and in theaters everywhere on December 20th.

This entry was posted on November 24, 2013, 11:12 am and is filed under Jennie, Reviews. You can follow any responses to this entry through RSS 2.0. You can leave a response, or trackback from your own site.