Special Edition: The Poem’s the Thing (Poetry as Theater) 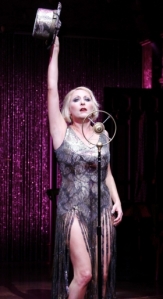 When I was in middle school and high school (you know, that time when I thought my perspective on the world was all that mattered in the Universe), I spent a lot of time writing. I had Feelings (capital F), and I wanted to get them out. Since I went to a High School of the Performance Arts (think Fame but with less musical numbers in the hallways), the best way I felt I could express myself was through that oh-so-artistic format of poetry.  Looking back, I know now that, while I could call those pieces of drivel poems if I really wanted to, what they really were could more accurately be called emotional vomit.

Fortunately, I discovered how meaningless and formless my poetry was pretty early – in fact, while I was still in high school. Each year, our theater department worked in conjunction with our creative writing department to host a one-night-only performance. Student theater directors could search through all the poems submitted to our literary magazine and turn them into presentations, almost like skits. Some of the finished pieces wound up being pretty faithful to the original poems, while other student directors used the poems more as inspiration for original skits than anything else. To be honest, it was a pretty cool experiment. 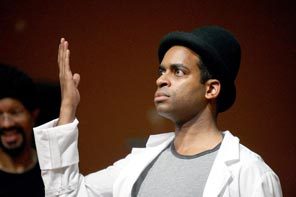 Each year that I was there, I had some of my “poetry” selected for adaptation into short theater works. In my junior and senior year, I took directing, so I got to adapt other students’ poems into skits as well. By both having my work adapted and adapting the work of others, I learned more about the musicality and performance of poetry than I ever could have in a classroom. You see, I entered the world of poetry as an emotional outlet: a place where I could spew my under-appreciated adolescent angst. Since this was my gateway into the world of poetry, it was really hard for me to see it as something much more craft-based despite the countless creative writing classes my program required. As a young human who thought she knew everything, once I learned something, it was really hard for me unlearn it.

On the flip side, as a theater major, I knew the dangers of falling prey to an excess of sentimental drivel. The heart of a good performance is based in emotional truth, but too much of it, and the entire show falls apart. An actor must be vulnerable but not so over the top that he is no longer believable. Even if he could break down and cry on cue, it doesn’t mean he should. Even if she has enough rage inside her to go nuts and scream on stage, sometimes a more subtle and silent anger is much more powerful (anyone else see Drive with Ryan Gosling?). 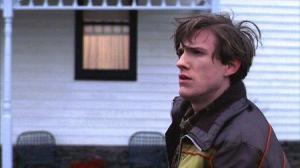 This isn’t Drive, but an equally amazing performance in Sweet Land.

I knew this. So why hadn’t I translated that knowledge of emotional truth on stage to my writing of poetry? Both poetry and theater are personal expressions of the author that use visuals and emotion to convey their message. Both of them are written for the author and for the reader/viewer alike. In my early days of writing poetry, I didn’t realize that poetry and theater are – in many ways – the same thing.

I’m grateful for those one-night-only performances at my high school because they showed me how closely theater and poetry speak to each other.  When some of my earlier “poems” were adapted, I could hear the emotional overload as the actors said the words out loud. If I happened to walk by the rehearsal of one of my poems (writers were not revealed until the night of the show), I would hear the director telling the actors to tone down the sappiness. I had expressed myself, yes, but not well.

As I went farther along in high school, I tried to tone down the angst of my poems and work on making the individual lines read a bit more like lines in a play. While the transition was first rather challenging, something amazing eventually happened. My poetry became more effective.

Suddenly, I started having an inspirational impact on others who were exposed to my work. Because my emotional outpouring didn’t get in the way of what I was trying to express, I could more successfully express it. For example, I wrote the same poem twice about my frustration with not knowing what to do when I saw a friend considering killing herself. In my earlier version, it was dark and oh-so emotional, but I never really got much of a reaction from it. Once I rewrote it, thinking of it more like a theatrical performance – checking my emotions and working on how it would sound when read out loud – I suddenly had other people come up to me, thanking me for vocalizing a concern they had themselves. That poem went on to be published in a literary magazine and win a few minor awards. 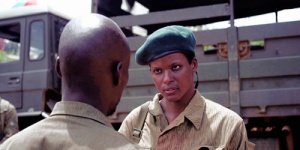 I don’t think it’s a coincidence that the last time I wrote a poem was also the last time I was involved in a theater group, back in 2008. For me, the two are one and the same. I read the book of a play just like I would read a poem: as a series of lines that help tell a story in images. Conversely, I read a poem like I would a play: analyzing the words in order to find the solid emotional truth within.

For anyone out there who writes poetry, I give you this challenge: Have an actor read your work out loud. You may gain more than you think!

Fun fact: All the actors pictured above went to my high school and now have solid acting careers. A few of them were even in plays that I directed. I’m bragging, yes, but I’m proud to say I worked with each of them.

This entry was posted on April 19, 2014, 8:32 am and is filed under How I Write, Jennie, Poetry, Special Editions. You can follow any responses to this entry through RSS 2.0. You can leave a response, or trackback from your own site.