Redefining “Support”: What You Need To Know In Order to Support Yourself As A Writer

I’ve been teaching writing – either via workshops or in a professional institution like at a University – for over 10 years. While my students and the kinds of writing I teach have changed, one thing has always remained the same: I always get asked the same question.

How can I support myself as a writer?

The true answer to this question has already been stated in previous blogs this month – you need to get a day job. The problem with this answer is that it’s the last thing the aspiring writer wants to hear.

Let’s face it; one of the reasons why people dream of writing that Great American Novel (or Great American Screenplay) is because of the lotto mentality. Even though people know the chances are practically non-existent that they will win, they buy the tickets anyway. “Hey, the money has to go to someone right? Why not me???”

This lotto mentality of the writing world makes beginning writers think they could “make it” with their first manuscript, but instead of a Powerball, the thing that brings the riches is that top-notch mass market contract with a six figure advance attached.

Sadly, this kind of mentality comes from the underlying dream that runs our entire country – the American Dream. We are a country founded on the idea that, if you want something and you work hard enough, you are going to get it. This kind of optimism affects every industry in this country, including the financial system. In a recent episode of Last Week Tonight, Jon Oliver even talked about this mentality and how it affects the income gap in American. If you are interested in checking it out, watch the video below.

I can’t tell you how many times I’ve been teaching a workshop where I try to explain to writers how difficult it is for a screenplay or novel to sell, and someone interrupts me. In each workshop, this mystery person always speaks up and says, “I read this article about this person who sold a million copies as a self-pub author” or “I saw online that an unknown screenwriter sold their script for a million dollars.” Beginning writers LOVE these kinds of stories because they fuel the American dream mentality on which we have grown up.

So when I tell people they need to get a day job to support their writing career, they shut down. They don’t want to hear something so mundane. They want to hear how they can get a day job writing articles or just sit in a coffee shop sipping a cup of Joe while their agent mails them checks for $5 billion. I’ve even had a past student who, right after graduating from college, turned down a part-time paid writing job because it didn’t pay enough for her to live on. 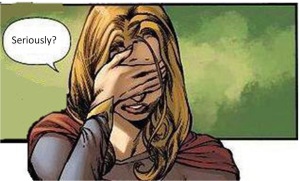 As much as we all want that Dream, the stories we read about are the exceptions to the rule, and it’s much better to realize that the likelihood of our becoming one of those exceptions are about as good as winning the lottery. 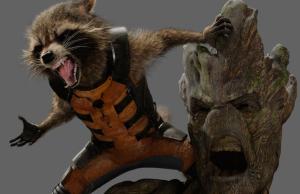 I know. I’m a wet blanket. But it’s a hard truth we have to face. Regardless of what kind of writer you want to become, the journey is a long and hard one. That first idea you fall in love with rarely sells, and when you do finally make a sale, it’s usually for a lot less money than you ever dreamed. You have to write because you love to write, not because you want to live off the writing.

And here’s a little secret to help you get through that horrible thing we call reality:

The day job isn’t your career.

So often, people think accepting a day job means they failed. They want to tell people they are a writer, not a receptionist, sanitation worker or bank teller. They are terrified they will fall into their non-creative career and never get out again. For some people, that’s going to be true, but it doesn’t have to be. Not for you at least.

If you want to be a writer, be a writer, regardless of what you do to pay the bills. Writing is your career. Answering phones, bagging groceries or recruiting students for a college is just how you keep the lights on.

Many people think the day job is an obstacle they need to overcome, but changing your mentality about making money is essential if you want to survive. Your day job isn’t standing in the way of you getting to your dream; it’s a ladder you can use to take you to the next level. 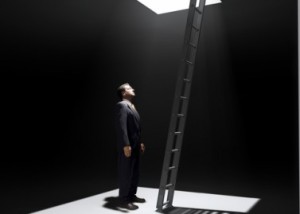 “Slaving away” at a day job can give you the funds to buy a new laptop or to attend a writing conference that will help you improve your craft and to meet agents. It gives you the stability you need to know you can afford to eat and still get your writing done. Yes, it may not sound very glamorous, but I can tell you from experience that the easiest way to get writer’s block is by stressing out over money. It’s really hard to write a compelling scene when you aren’t sure where you are going to live. And beyond that, it’s really hard to communicate with agents and publishers if you can’t afford to pay for internet access.

Way back in 2001, one of the best things I ever did to “support” myself as a writer was to accept that a day job was required for my personal and professional success. I accepted a desk job at a university that gave me a steady paycheck but also granted me the time to write after 5pm each day. That job – being an Administrative Assistant for a University Admissions office – didn’t define me. Instead, it gave me the freedom – mentally and financially – to write more than I ever had before. It helped me create a career as a writer.

My career is a writer, regardless of how I pay my bills.

What’s your career… and how do you pay your bills?

This entry was posted on August 26, 2014, 9:17 am and is filed under Jennie, Supporting Yourself As A Writer, The Business of Writing, The Writer's Life. You can follow any responses to this entry through RSS 2.0. You can leave a response, or trackback from your own site.