I don’t have a morbid fascination with death. I didn’t grow up surrounded by death. Although I did have the extreme misfortune of losing two friends in high school—two separate car accidents—I don’t have a pessimistic view of life. However, somewhere along the way—perhaps influenced by these tragic experiences—I internalized that the most potent way for someone to feel was to experience the death of a loved one. So, this explains why most of my early stories included a death of some kind. Now, I do my best to avoid this narrative option.

Because death is a part of life, writers shouldn’t avoid death all together. For many (and for a long time my outlook), how else does someone get so close to the life-changing emotions that accompany the grief associated with this type of loss? I understand this; however, I would say that you can move your characters close to this emotion without the finality that death brings—unless you’re writing a zombie or vampire novel, which I have no comment about.

Few things are as final as death. In almost any other circumstance you can throw at a character, however, there is some chance of recovery (on 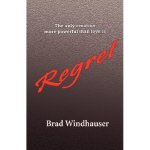 some level, anyway). Yet death creates permanent change. In my novel Regret, I used the death of a child to permanently alter the course the main characters took. Later in the book, I used a character’s death to enhance the book’s message—careful which decisions you make in life, for one day it will be too late. I was more concerned about hammering home my message than I was about my characters growing.

Although I think these choices work for that story, I now think that using death in a story—as natural a part of life as things get—is too easy. There have to be better, more complicated ways to challenge your characters and your story.

For example, in a moral-driven story, death often surfaces as a sad ending. So if a protagonist is a drug addict, let’s say, having them die in the end is a punch of an ending, one that provides the moral: be careful or this could be you, the story warns the reader. The problem with death in this type of situation is that, aside from being a cliché, it doesn’t offer the character a chance at meaningful change. The real change is made by the audience—what, if anything, do they learn? The extreme outcome doesn’t offer the character—or those connected to this character—any opportunity to learn from the situation. Or at least how to change the situation before the horrible outcome.

The same could be said for a story that tackles a character dying of cancer. Of course these stories resonate—cancer touches us all in one way or another. But when the death caps the story, we obviously feel the pain. But if the author chooses a different end—how to live life before that death—this offers something more beneficial to the audience. We learn to cope, we learn to live while we can. We get to experience what this character does, and in so doing, we learn something we can use in our own lives. This is useful, and it’s significant if it’s the focus of the story, not buried under the weight of death.

The same type of approach can be used in the drug addict story. What if the character comes close to death and learns something he or she can then use to turn his or her life around? Perhaps their friends also earn an opportunity to make a difference—provide a solid intervention, for example. These alternatives—which also tread the cliché road—can be enhanced to impart more useful life lessons. Does the best friend choose a wacky option—kidnap the friend and take him to a foreign country? Does the sister switch out the dope for something benign? Do the friends pretend to be aliens and scare the crap out of the drug addict? I don’t know what would work. It depends on what world the writer creates. The point is that you should test yourself, and when you do, you force your creative mind to develop fresh ways of challenging your characters. The key is making these options fresh enough so they feel original.

Using death in any story certainly isn’t “wrong.” Yet, you might consider how differently to challenge your characters. Let them live to fight a different day. If you believe (as I do) that one of the strengths of story is its ability to impart wisdom to the reader, a way to cope with life, then provide them some choices they can use. There are not many things to learn from death, except perhaps what you can’t avoid (an accident, disease, natural causes) and what you should avoid in life (bad diet, smoking, etc.). Instead, offer readers something over which they can have control: what they can do to make use of the time we have.

This entry was posted on October 26, 2014, 11:00 am and is filed under Brad, Writing About Death, Writing about Death. You can follow any responses to this entry through RSS 2.0. You can leave a response, or trackback from your own site.