What’s In A Name? Thanks!

On January 28, 1986, I stood in stunned silence in my office parking lot in Jacksonville, FL as the plume of Space Shuttle Challenger exploded into two hideous plumes. Fourteen years later I named a character, the wife of a Marine aviator who stands strong under adversity, June – as a way of honoring the widow of the Challenger commander, Dick Scobee.

It’s not the only time I’ve used my plays to acknowledge people. Usually those who have supported me, but occasionally – like with June Scobee – I’ve reached beyond my circle of friends. I took delight in naming a black character after a very prejudiced acquaintance I knew 40 years ago. I promoted a next-door neighbor to Colonel. I even named gave a married couple the names of two high school friends who couldn’t stand each other.

You see, unlike authors, I rarely get to write an Acknowledgements page. If it were in the script, the people I want to thank wouldn’t see it unless they were actors or directors of that particular play. I do post a “Thanks” section on my website but those in the audience – what would essentially be a book’s readers – don’t usually see that.  So I’ve made the deliberate choice to use names and places important to me throughout my plays. Sometimes – like with June – it’s a character’s name. Many times it’s just a reference “Lynette baked a birthday cake for me” or “Colonel Dewey wanted to talk with me.” 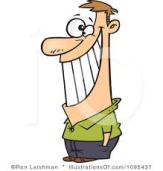 As much as I love to hear those familiar names and places, it’s even more fun when friends find themselves – or others – in my plays. I love watching the flicker of recognition give way to the hint of smile.  It sure beats the looks they give me when I use something stupid they’ve done to get a laugh.

This entry was posted on November 19, 2014, 5:24 pm and is filed under Linda, Paying Tribute. You can follow any responses to this entry through RSS 2.0. You can leave a response, or trackback from your own site.