All You Need Is Decency: Networking and Butt Sniffing For Beginners

As the Faculty Chairperson for the Florida Writers Conference, and as an attendee at countless other writing conferences and film festivals, I’ve come to learn how terribly awkward people are at networking. Since this month at 5writers.com, we decided to talk about relationships and writing, I thought this would be a great time to give a few tips on networking to help you build professional relationships in order to help your career.

Networking is a word with lots of slimy connotations. Many people think it means selling yourself and forcing people to read your work. When we “network,” we are selling out, being someone we aren’t in order to make a profit.

So often, when we hear the term networking, we think of this guy: 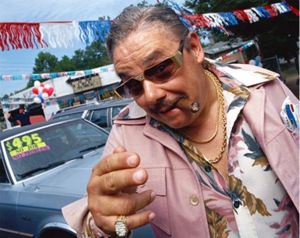 He’s the slick, faster talker who likes to “do lunch” and make promises he can’t keep. He’s perpetually slimy, and yet somehow really successful. We hate him, mostly because we know we couldn’t be him – nor would we really want to.

Want to know a secret though? That’s not what networking is about. Like… at all.

Oftentimes, I find it’s better to use the word “Fellowshipping” instead “Networking” since it gives a much better idea of what you SHOULD be doing when you try to develop professional relationships. Yes, Fellowshipping has a very church-like connotation, but even if you aren’t a church-goer, the word is much less daunting.

Fellowshipping isn’t about selling or being someone else. Fellowshipping is about getting to know someone.  It’s about finding out the names of the other person’s kids and talk about the most recent episode of Scandal. It’s about being yourself and seeing which people in your congregation you might get along with.

And that’s what networking SHOULD be – yes, even when it comes to selling your work. 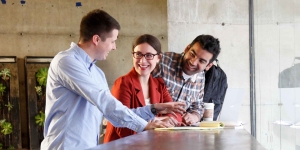 Think of it this way: A fellowship is a group, all working together towards a common goal – whether they are trying to release quality entertainment (books, movies, etc) into the world or to save an empire from an evil force. A fellowship is a team. Whether that team is professional or not doesn’t matter.

When you journey into any professional group (such as at a writers conference or film festival), it’s important that you realize you are entering a world of possible allies – not a world of possible people who might buy your book or screenplay. These people will work with you, not for you. As such, you want to make sure you not only have the kinds of work they want to producer/market, but you are also the kind of person they want to work with. 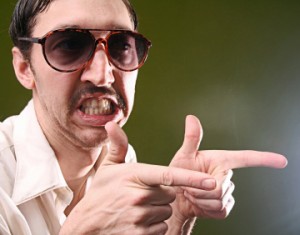 Well, do you ever pay attention to how dogs get to know each other? They don’t just walk up and jump right into playing. They are a bit cautious at first. They edge forward. They check each other out. They smell each other’s butts. 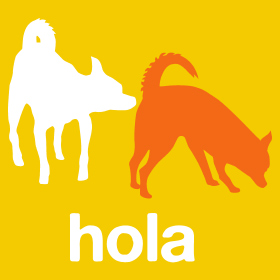 When you approach others in a professional capacity, you should so the same thing. Not literally of course… That would be awkward. But walk up and approach the relationship cautiously. Say hello. Get a sense of who the person is. If you saw a producer speaking on a panel, ask her or him a question based on something that was said. If you read a book written by an agent’s client, then talk to her or him about that author. If know the person likes the same kind of movie or sporting event you do, start by talking about that (*this is where Twitter stalking really comes in handy).

What you don’t want to do is to immediately ask them for a favor/job. Don’t approach them and immediately pitch your book or screenplay. Don’t ask them for a favor before they even know your name. Car salesmen go directly for the sale. Similarly, don’t be overly friendly when you first approach. Don’t just buy them a drink or interrupt a personal conversation. Don’t be that guy. It’s just awkward. 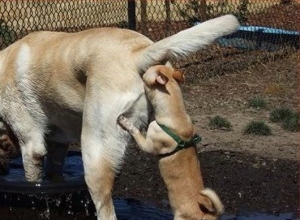 Too Much! A Little Too Much!

Yes, this means you may have to talk to the same agent or producer multiple times before you can go for the “big ask” (pitch you their work). For some people, that seems like too much work or it takes too much time. But that’s what you have to do. Relationships need to be built over time, just like in real life. 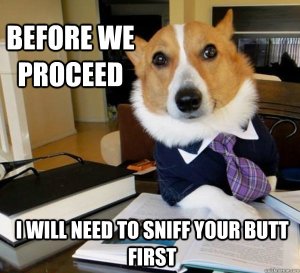 And that’s the big secret to networking – it’s just like making friends in real life. You don’t have to be any better or more interesting than you are now. You just need to be a good, decent human being.

Because, remember, a career in books or in films shouldn’t be based on one project. It should be based on a lifetime of relationships. So, be the decent person they are happy to see at a party, not the one they run away from.

Are you attending a networking event in the near future? How will you “sniff butts”?

This entry was posted on February 3, 2015, 8:57 am and is filed under Getting Published, Jennie, Marketing, Relationships In Writing, Supporting Yourself As A Writer, The Business of Writing, The Writer's Community, Writing Advice. You can follow any responses to this entry through RSS 2.0. You can leave a response, or trackback from your own site.