At What Price, Truth?

When I was 16, I read a book that shone light on the unspoken truth of what it was like to live in the home of a Marine fighter pilot. Words we had dared not utter outside of our homes – even to our best friends – pages and pages of those words – were right there for the whole world to see. I felt as if someone had stood outside my bedroom window with a steno pad. The wives and children passed this book around like a Bible in Communist China – worried what would happen when one of the pilots found a copy. They did. And the men thought Pat Conroy’s The Great Santini was one of the funniest books they had read – clearly hyperbole to point of the hysterical.

I remember thinking Pat Conroy was the bravest man in the world to break the silence and speak the truth. I admired the strength that must have taken. I dreamed about what it would be like to write my story. And then I thought about the cost. I could never, ever do what he did – write the truth – because I wasn’t willing to pay the price. 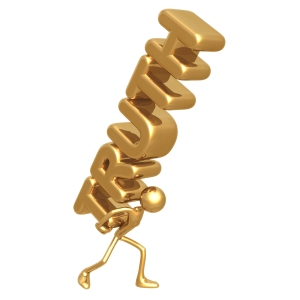 And then, I unwittingly did. I wrote a Silent Heroes, the story of 6 wives of Marine fighter pilots who know a plane has crashed, a pilot is dead and one of the women is a widow. In the full-length, singe-scene play, we spend 90 minutes trapped in a room with these women as they wait. And spill their stories. Many of them, my stories. My family’s stories.

The cast and crew of the first staged reading watched my father like a hawk. He smiled and laughed and even pointed out to his wife a few true stories mentioned in the play – like the time he rode his motorcycle up to the bar at the Officer’s Club. My last image of him that night was a wide smile and big thumbs up. Three days later, I received the most hate-filled and abusive letter of my life. He claimed to be upset about the treatment of the US flag in the final moments of the play. But the fact that he was happy the night of the performance and his comments over the next 3 years – before we ceased all contact for more than a decade – made it clear to me that his anger came from a place way deeper than a fictitious moment in the play. Something hit too close to home. Or, perhaps, so much of the play was true, he was worried people would think that moment had truly happened in our home.

Write what you know. All writers are told that. Most of my plays are about relationships – and those come from places of truth. My characters are frequently based on people I know – since I usually write comedies, I do use hyperbole to the point of (hopefully) the hysterical. And most people, if they even recognize themselves, are flattered that they are part of the play.

There is an inherent danger in writing semi-autobiographical stories. There is enough truth in the songs of Harry Chapin and John Denver – for example – that people believe everything they ever wrote is a chapter of their own lives. Some people can’t see the blurred lines between poetic license or something completely fictional and the truth.

Why do I care what people think? Because my stories aren’t just mine – they are shared history with people I love and whose feelings I care about. Some of you, no doubt, consider that a copout. You have your reality, and I have mine. And so, as I write, I worry. I’ve drawn a line in the sand, and I don’t intend to cross it. But there are times that I do. Or I move the line. After all, there are stories begging to be told. Stories for which I am not willing to pay the price.

This entry was posted on March 30, 2015, 4:04 pm and is filed under Linda, Truth in Writing. You can follow any responses to this entry through RSS 2.0. You can leave a response, or trackback from your own site.