The Lunatics Who Built The Asylum

This month, we are looking back at the writers who inspired us, and I have to admit… I’m starting to think I might be just a little bit crazy. I always knew this to a degree, of course, but looking at all the works that inspired me, I’ve become quite, quite convinced of it.

As a child, I may have been passionately committed to reading every single Baby-Sitters Club book in existence (this was in the days when there only about 20-30 and not the 100+ that exist today), but as soon as I discovered the genre of horror, all that changed. I was barely ten years old when I picked up my first Stephen King novel, and the world in which I was pulled altered my reading preferences forever. Suddenly, the neighbor’s dog didn’t seem so friendly. The hot-rod car speeding down the street was much deadlier. The world was a little less candy-coated, and I realized that dark things could exist in the shadows. I particularly remember a terrifying few weeks after reading The Stand, during which time I cringed at every sneeze and cough around me. 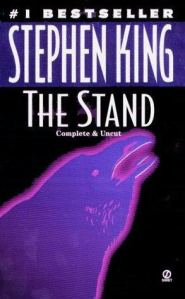 I suppose some kids would have been terrified by these reading experiences, but crazy little Jennie wasn’t like most boys and girls her age. The fear instilled by those stories electrified me. I had no idea that words could have such an emotional impact on someone. After discovering horror, reading wasn’t just for fun anymore. It was so I could feel alive.

After tearing through all the Stephen King books my mom owned, I found the horror section of the bookstore. My mom refused to buy me the “weird” stuff written by Lovecraft and tried to convince me to read her favorite murder mysteries by Agatha Christie. But I had no interest in solving mysteries. They didn’t ignite my imagination in the same way.  Fortunately, when I found the young adult horror writer Christopher Pike, she relented to my desire to read more horror. 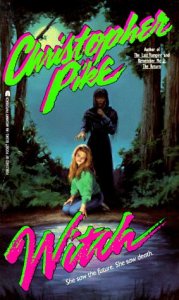 With Christopher Pike, I was introduced to monsters who attacked high schoolers – people much closer to my age group. With these stories, the horrors didn’t need an Indian burial ground or an abandoned hotel in the mountains. The ghosts and ghoulies didn’t live in Maine – some random state I’d never visited. These deaths were much closer to home. Even now, years later, I still remember vivid images from those books; eye balls filling with blood, bubbles filling up the veins of someone who was scuba diving and then got the bends, a crushed skull and human flesh under finger nails.

It’s no surprise that I started getting nightmares in high school. I’d wake up, night after night, covered in sweat and barely able to move. Hoping it would help, I stepped away from some of the heavier horror reading and focused more on “lighter stuff” like the original Grimm fairy tales (you know, the ones that included Cinderella’s step sisters cutting off parts of their feet so they can fit in the glass slipper). But it didn’t change the images flowing into my mind each night, like seeing my friends, family and even the family dog killed in horrific ways.

For years, I thought I “destroyed” myself with horror reading, but then something magical happened – I started to write about my nightmares. Not in the way that Stephen King did – where he wrote every ghoulie and ghostie he imagined. It was more like each story I wrote became an homage to something from my nightmares. The nightmare landscape of decaying catwalks and fire pits became the location for the climax of a fantasy screenplay. The monsters bubbling out of mud appeared as villains who wanted to kill my protagonist of one of my early novels. A sea of snakes through which I was forced to swim because a hellish challenge for my heroine to overcome.

My readers raved about some of these nightmarish images, and something clicked inside of me. If reading horror ignites my emotions, then of course the images it inspired had a chance of reaching readers as well. My goal as a storyteller has always been to have an emotional impact on audiences, and I suddenly knew how to achieve that goal. 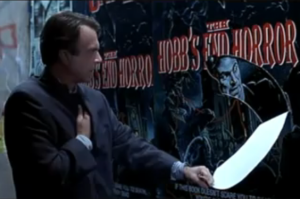 Instead of trying to keep the horrors of my imagination at bay, I re-embraced my love for reading the darkest material I could find – both in my reading and in my choice of films. Movies like In the Mouth of Madness, Scream, The Others and Pan’s Labyrinth are among my favorites, but once I discovered that horror could be mixed with comedy, Cabin in the Woods and Shaun of the Dead topped the list. In terms of reading, I still go to my old stand-by Stephen King, but I’ve also added Gillian Flynn and playwright Martin McDonagh to the mix as well, both of whom have blended moments of comedy with hardcore blood and gore. 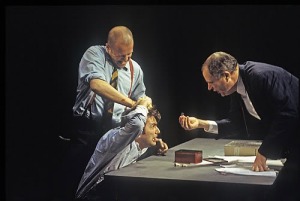 When I tell people about my love of horror, I often get very odd looks. I mean, let’s face it, I look like a slightly younger an chubbier version of Tina Fey. I love Disney World and playing with Legos. But reading and watching stories that scare the crap out of me inspires my writing more than anything else in my life. So yeah, I might be a little crazy.

This entry was posted on May 20, 2015, 11:52 am and is filed under Influences, Jennie. You can follow any responses to this entry through RSS 2.0. You can leave a response, or trackback from your own site.