In the Wake of Tragedy

The world was shocked Sunday morning to awaken to the news of the Pulse Nightclub shooting here in Orlando, Florida. I found out when my father-in-law sent me a text warning me from going to that area. We don’t have cable, so we had to fight with our television antenna to get a local news channel. I’ve seen these kinds of events on the news before – the shootings in Paris, the bombing on the London subway system, 9/11 – but it had never been so physically close to me before.

One of my best friends could have very well been out there that night if he hadn’t been on a business trip out of town. His fiance was also out of town. My boss used to go dancing there on a regular basis.

Pulse is a popular spot for many people I know. It isn’t just a gay club. It’s a fun place where people go to feel safe while having a good time. It was life. Regular, domestic and normal life.

When the news hit, I went into panicked overdrive. I started Facebook messaging as many of my LGBT students as I could – well, at least those I thought might be the “clubbing” type. Who was alive? Who was dead?

I sat by my phone, waiting for the notifications that they were okay. But it was 8am on a Sunday morning. If they were okay, there was a good chance those students were sleeping in or hung over.

The hours ticked by with nothing.

My seven month-old son giggled in his bouncy seat, obliviously unaware of my stress.

Finally, around 10am, the pings started coming.

With each notification, I could breathe a little easier.

One student was supposed to go but changed his mind at the last minute to go somewhere else.

Another student was on her way there, when she “felt moody” and went home instead.

The news wasn’t so fortunate for a former student, whose childhood friend was one of the first identified as deceased.

Another student planned to go to Pulse but drank too much. She didn’t make it to the club, but five of her friends had gone on ahead – two of them died, two are in critical condition (if they haven’t passed away already) and one is MIA.

Sitting in class on Monday morning, none of us wanted to work. The students had all, somehow, miraculously finished writing the screenplays we were to workshop in class, but reading through them and talking about how to improve them was difficult.

Plus, there was one empty chair.

No one knew where the student lived, so they couldn’t go to his house. But they called him, again and again, hoping for a response. They checked his Facebook page, looking for any message that indicated that he was at least alive. He wasn’t the clubbing type, but still… what if? Just what if?

I finally found out around 1pm that he was okay. I nearly broke down into tears. The stress is still crawling up my neck and giving me a headache a full day later.

After the death of my dad and then my beloved dog, I found comfort in writing. I sat down and purged my thoughts onto the page. The images that stung my heart converted to words and paragraphs. The poison infecting me leeched out as I wrote.

But that isn’t working today.

I’m grateful all my students and friends are alive and well, but over 50 people aren’t. I didn’t know any of them personally (at least, I don’t think I did – victim names are still being released), but I can’t get each and every one of them out of my mind. All I can see is a crowded dance floor, filled with inebriated people laughing and having a great time. And then a gun.

How could they stand a chance when most of them were more likely under the influence of alcohol?

How could the police investigating the scene stand the constant sounds of the cell phones of those who had died? Text messages and phone calls – all from loved ones frantically trying to get a confirmation they will never receive?

This month on this website, we are supposed to be writing about the best thing we’ve read or watched so far in 2016 and what we learned from it. I’m not much help on this topic. I have a baby, so I haven’t been able to read or do much. Captain America: Civil War was great. It showed how you can make a film using romance conventions without the romance. The parents who complained about their children seeing Deadpool proved that not everyone pays attention to film ratings. But really… in the light of what happened this weekend, I don’t really have much to say on this topic. 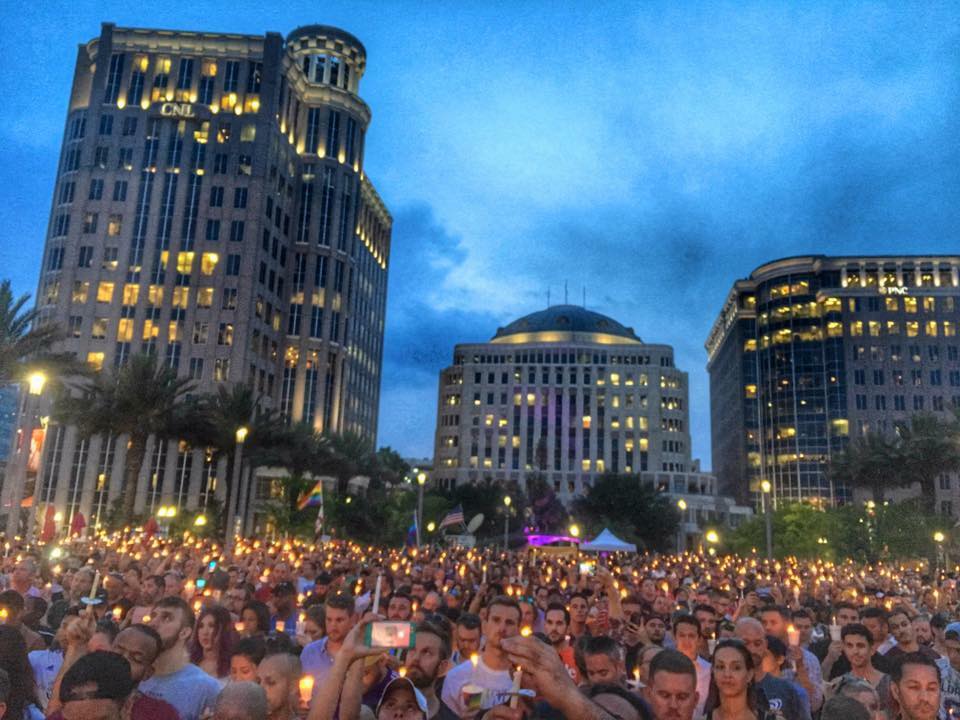 This entry was posted on June 14, 2016, 9:01 am and is filed under Jennie. You can follow any responses to this entry through RSS 2.0. You can leave a response, or trackback from your own site.