Getting Emotional by Matt Peters 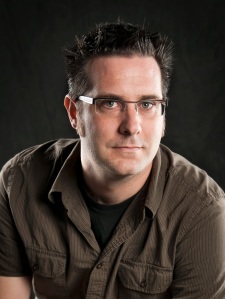 His fiction has been published in There Will Be Words #9 by Burrow Press, 580 Split, the Burlesque Press Variety Show, Burrow Press Review, the anthologies  Bits of the Dead and Skeletal Remains edited by Keith Gouviea;  and the anthology Keeping Track from Main Street Rag. He can be reached at: MattP (at) BeatingWindward (dot) com

Getting Emotional by Matt Peters

During my first year in the University of New Orleans MFA program, my stories had been well received, but I hadn’t really gotten the workshop excited about my work. No one looked forward to getting a story from me. My fellow MFAers said my stories were mechanically very sound, structurally perfect, but that they didn’t get what was important about them or why any of the interesting scenes mattered.  I kept hearing, “What’s the point?”

At the time, I was trying to show everything and tell nothing like I’d been instructed in undergrad and countless “How to Write” books, but I’d gone to the extreme.  I objectively presented events and dramatized scenes, but left it up to the reader to add up all the events. The problem was no one knew what all the cold action and dialogue and description added up to. When pressed about what it all meant or what the point was, my defense was always, “Well, how would you feel in that situation?”

In my end of the year conference, Jim Knudsen, the Program Director at the time, gave me a great piece of writing advice. He told me to, “Get emotional.”

He said I knew about story mechanics and structure, but was way too intellectual when I wrote. I was over-thinking my stories. I thanked him for the advice, but really didn’t understand how thinking about the mechanics of my stories could be a bad thing until I noticed someone else getting the same “What’s the point?” comments on their stories.

We were critiquing a story about a woman who decides to change her life after watching her roommate go crazy. The story covered several months, so I knew that mechanically, each scene had to have significance and the important moments of the scenes should have built up and justified the decision to change her life at the end. (A fine balancing act to be sure because the ending should feel inevitable and true, but not totally predictable.) But all the scenes in this story felt independent and random to us readers. They didn’t seem to link together or even lead into one another, so the ending also seemed random, the character’s change coming out of nowhere.

In talking with the writer after workshop, she was able to tell me the point of every scene and exactly how all the scenes and events were supposed to build up to the character’s change. However the writer just hadn’t been able to reveal her character’s inner thoughts and emotions to us readers enough for us to see the point of each scene. And that’s when I understood what Jim Knudsen had been telling me.

The thing I didn’t understand about writing and reading was readers already know how they’d feel in my character’s place. But they’re reading my stories to know how my characters felt about the scene/events (and then they’ll sympathize with the characters or they won’t). So what was missing from my writing, and what was holding it back from making an impact on readers was the emotional significance of whatever events I was writing about. I needed to stop thinking so much when I wrote and let some of the emotion and feeling leak out onto the page.

Knowing the emotional significance was missing was a huge lesson, but I still had to figure out how to get it into my stories without simply telling my readers what it was. And that is still done with “showing” — using revealing actions and dialog to reveal your character’s inner emotional state. (Again, a fine balancing act between too much and too little.)

For example, a friend wrote about how her father told her that he wouldn’t pay to send her out of state for college and that her chosen career, being a journalist, was nothing but a bunch of government lackeys. Which was a great scene and very intense, but she ended the scene with her father’s crushing dialogue and never gave me her reaction or retort. I had no idea how she felt about it. She needed to give me her reaction/response, to show me how she felt with dialogue and physical action, so I understood what the scene, and ultimately the piece, meant, why this scene was important and significant to her.

Did she say anything back to him? Think anything? Wish she’d said something?  How did this impact her? Hurt her? Motivate her? Did she sit meekly and quietly at the table and finish her meal silently while reconsidering her career choice? Or did she scream “Fuck You, Father dear” in the fancy restaurant and then storm out to walk all the way home, alone, in the rain? These different reactions would have revealed (shown) two totally different emotional states and characters (and both completely different from how I would have felt in that situation).

Get emotional. Otherwise, what’s the point?

This entry was posted on July 23, 2013, 9:46 am and is filed under Guest Bloggers, Writing Advice. You can follow any responses to this entry through RSS 2.0. You can leave a response, or trackback from your own site.